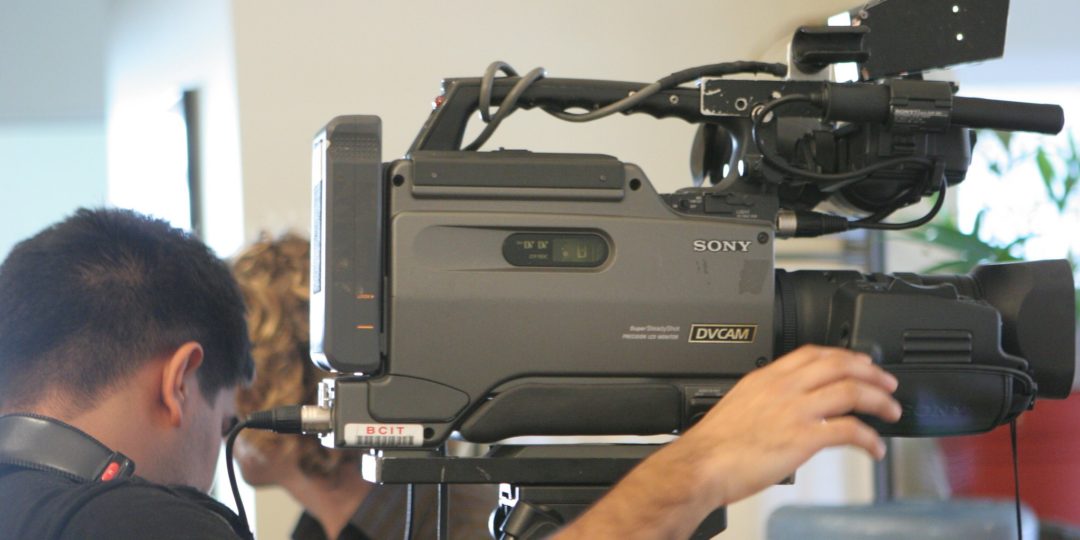 Non-disabled actors played the primary characters, who were all disabled. I was angered. In my eyes, when actors do this, it’s a form of ableism, so should simply be made illegal.

Eventually, I think it will be.

By making these rules mandatory, would it really cause any issues? I doubt it. Disabled people would gain more deserved attention in the film industry. More diversity would be broadly motivated as well.

Disabled people obviously have to manage inequality in life, but they’re not alone. However, in comparison to people who are of non-white ethnicities, females and the LGBTIQ+ community, categorically speaking disabled people are often the most neglected individuals labelled in the film industry. Statistics shown on the British Film Institutes website make this clear. Plus, considering we share similar social lives, I imagine America’s industrial situation is very similar as well.

When I first heard the initial overview of what this film included, it didn’t sound any more appealing. I honestly winched when I watched the trailer. It sounded as if it was expanding a storyline that’s so unnecessary to exploit. Hollywood’s films are generally poorer than they used to be. But if they included more of our typical actions in their storylines they’d become a lot better.

So, I watched the film. What did I think?

A non-disabled white actor played who I certainly saw as the main film character. Grant Rosenmeyer took on the role of Scotty, who appeared prominently in the film’s first and final scenes. There wasn’t a large cast set, but he was honestly my least favourite character. He played the role of a disabled character who diagnosed with a congenital defect from birth. This means he’s a wheelchair user, and generally expresses his immature and arrogant personality throughout.

Admittedly, disabled people can be arrogant; sometimes I am, as we’ve all got our flaws. But, as a disabled person, feelings of disability being incorrectly acted out continued to ring within my mind. Other people are welcome to judge that and probably accepted it as the film continued. But, not me: I couldn’t get to grips with it.

Society pays such little attention to disabled people. Do you even think critics who aren’t clearly supporting disability rights know how they should act? The disabled characters always appeared to be acting poorly, and I wasn’t surprised.

Eddie Redmayne did do a great job acting as Stephen Hawking. He had to play that role, for Stephen Hawking could walk for a long time and did so when his story began. However, these people work their bodies in a way that would feel unique to any other person. Even Redmayne got it wrong at times. The fact is you can’t physically act it out as well as somebody who’s a disabled actor with the scripted disability.

But this is me, and a lot of people are willing to indulge in films more than myself. I imagine the cast were accepted a lot more easily by disabled individuals who love films.

What about the film’s storyline? Will it offend disabled people?

After gaining personal knowledge by being disabled and spending time with various disabled individuals, I don’t think it’s offensive. The storyline does perhaps have a bit of sentimental value to it too (but not much, in my opinion). The storyline is based upon a true story originally experienced by a disabled person. Would he have submitted something that other disabled people found offensive? Probably not. Humour was involved, and the film possibly furthered diversity by casting Asian and Black individuals in leading roles as well.

However, disabled people are looking for a lot more attention from society. We are hugely underfunded, and people know little about the lives we often live. In interviews, this film has insisted it’s one that will benefit disabled people. I certainly don’t support these claims. Plus, in the storyline was one looking entertain, but the outcome and events occurring were very predictable.

How could this film help disabled people more than it does?

Oh, non-disabled creators, it’s hardly rocket science. I believe slight alterations to the dialogue used in the script would have made it beneficial.

This film’s unlifelike material clearly exists. But who is responsible for it? Is it the director? Is it the script writer? Well, the person who chose to pass the storyline along first was Asta Philpot. He experienced these actions and it’s based upon a true story. From what I know, a BBC documentary was made about this era in his life as well.

However, although he claims to be a campaigner, a lot of disabled people will disagree with that. I’m unsure about how he came to an agreement for his film to be constructed. In post-filming interviews, he clearly explained he was happy with how the film was made.

So, what were these possible requests he could have made?

Well, one thing is obvious: it should have included three leading disabled actors. Disabled actors are available to find and are always inclined to use their skills too.

However, I did research to find out how easy it actually is to come across a variety of disabled actors on Google. When hiring disabled actors, a lot of filmmakers may be choosing to employ them for the first time. I’m no expert, but I suppose this may mean they’re unsure about where to start.

One thing that would be useful is a leading website/archive that all disabled actors could join. At the moment, there only appears to be one Facebook page named “Trained Actors with Real Disabilities for Films and TV.” I believe a more professional platform for disabled actors to list themselves upon in an archive of some sort would be very beneficial. Filmmakers would probably feel more invited by a professional headquarters they knew of and feel more willing to obtain disabled actors.

Annoyingly, the reason this sort of professional website is non-existent is probably because disabled people don’t have the money to fund it. It’s a difficult situation for disabled people right now, and one we need to change. But, do not despair. I have ideas in mind, and we’ll make these changes when the time is right.

But still, every person who works within the film industry truly knows disabled people act as well. If you make a film that relates this much to disability, the characters should certainly be disabled.

Apparently, they had to construct this film very quickly. Yet, even if it was a little informal, they should have simply left a message on the Facebook page saying, “we need three disabled male actors very quickly to play main characters for an independent film”. It’s no difficult task to complete. I’m sure they would have heard back from somebody with the information needed so quickly. Little opportunities like this are available, and I imagine they’d be very keen to get in touch.

Throughout the film, two disabled people are in wheelchairs. In real life, they would have spent time struggling with accessibility on a regular basis. Asta must have struggled with this throughout his life. Yet, not once do they bother to briefly discuss the issues they have regarding accessibility.

The filmmakers may argue with this. They may simply say “these issues weren’t on the character’s mind” or “they just weren’t the sort of people to discuss it much”. I imagine Asta would now claim “it never once came up on our journeys”. However, talking about our reasons for frustration when stressed out from time to time isn’t unusual. Disabled people struggle with a social difficulty in the film. Couldn’t Philpot have just asked them to include 30 seconds of dialogue speaking about other more common social difficulties they have in life?

There’s a scene where they manage to overcome the immature actions of a discriminating individual. The bar attendees applaud their efforts afterwards. After it happened, speaking about their unusually positive outcome and mentioning their past difficulties would have fitted well within the storyline. It could well have added further sentimental value to the film. But, as mentioned, no effort was made.

At another point in the film, they were all asked what they’d like to do with their lives if they weren’t disabled. What were their answers? The answers they gave were not ones that I’ve typically heard. I know I and many other disabled people would often give this sort of answer:

“Well, if I was suddenly granted with the ability to not be disabled in my life, I’d just want to enjoy being accepted by society.”

Neither of the characters in wheelchairs brought attention to the fact they wish to overcome typical social issues. When I’ve discussed this with disabled people, the social issues are so often what we want to rid ourselves of the most.

If you’re non-disabled, please, make note of this. People in wheelchairs are understandably frustrated by other people’s comments. They hate to be approached, asked various questions, and informed by others at times too. At the beginning of the film, Scotty asks Matt, “so, what happened to you?”. That is one of many questions you shouldn’t ask disabled people. In my opinion, Matt doesn’t make that 100% clear.

However, one aggravating sentence that might be a little lesser asked in public now is obvious:

If you’re willing to learn more about what not to say to wheelchair users, you can always check out short BBC Three videos via YouTube. One specifically labels what not to say to wheelchair users. The other speaks about the frustrating comments made towards visually impaired/blind people. There are plenty of other videos there about how to speak respectfully to other disabled people too.

Although he played a small role in the film, Asta also appeared in a short interview in the end credits with an American presenter. He quickly mentioned the fact he’s been judged by society for being in a wheelchair. He doesn’t say why or how though. He says it in the end credits too; the time people aren’t paying much attention.

The main point he makes is his dislike towards people telling him to get himself a girlfriend. He implies that’s not his solution. His life is his own, but, for many people, finding yourself a partner is the most logical solution in life for disabled people. It’s certainly possible, and, although isn’t always easy, happens as time continues.

Like I said, this isn’t an outstanding review of the film. But please, don’t look at it like that. I hope people can see it as an article that has guidance. I hope it perhaps helps acting and disability collaborate with each other more in the future too.

The lives of disabled people are very much manipulated by a wide variety of social issues. Remember that more than anything. Remember the social model of disability. Our disabilities do not cause us the issues in life: society does.