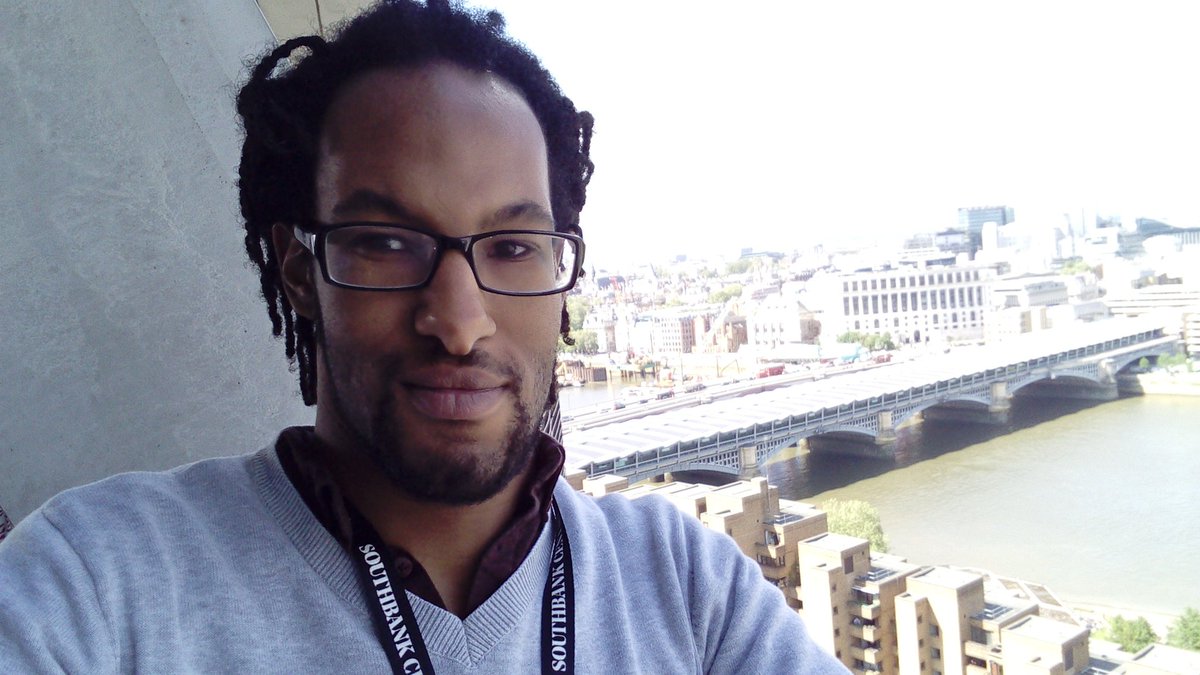 Hello again and welcome to The Disability Issue. Today, we have another interesting interview with an inspiring disabled artist based in the UK.

As mentioned last week, our next few blog interviews will also be made available to read via the #WeShallNotBeRemoved website. Formed last year, #WeShallNotBeRemoved is the UK’s Disability Arts Alliance. As an active member, I definitely recommend that any disabled artist in the UK joins more than 700 members who are a part of the group. We’re certainly looking to make good use out of the next three months.

This week, we’re having a chat with Revell Dixon. As a freelance video producer, Revell’s been involved with #WeShallNotBeRemoved by continuously tracking the various movements artists have made during the pandemic period. He’s continued to collaborate with disabled artists who joined the UK’s Disability Arts Alliance with his filmmaking , and occupies the primary role of building up a quality database of videos.

Last year, like me, you were obviously getting involved with #WeShallNotBeRemoved. How have you enjoyed working with other group members over the past 12 months?

Are there any particular members of the UK’s disability arts alliance that you’ve worked well with?

Yeah, they are key members; I appreciate them a lot too, no doubt.

Yeah, they are. As a whole, it’s been a pleasure to just work for the organisation.

Well, I’m keen to learn a bit about your history too, Revell. From what I’ve read on LinkedIn, you label yourself as a freelance digital producer, and specialise in video editing and presenting. Do you still label yourself like that?

Yeah, I do – I’ve always had a passion when it comes to creativity. Creating video content and raising awareness really means a lot to me. I think it all began was when I entered a video competition back in 2016. The video competition was about filming yourself and talking about something you’re really passionate about – talking about an interest. It could be anything, it was sort of a vlogging competition.

So, I entered and spoke about disability. I have my speech impediment and language difficulties. It takes me time pronounce some of my words clearly, and it takes me quite some time to get my words out. So, I took part in the competition, talked about my disability, and made it to the grand finals too. It was a huge surprise for me.

After that, I just kept an interest in making video content. It wasn’t only about me; it was about other people’s disabilities and obstacles they might face in life. I still have a channel running, and my main aim is to raise awareness for people with disabilities and try and get their message out there: make sure their voices can be heard.

Well, I’ve enjoyed watching your films, and it’s great to hear you’re up to all that sort of work too. Disabled people and I can only really appreciate it.

Moving on though, have been involved in any studies in film in the past?

What I studied at college for three years wasn’t just about film, but multimedia studies. Still, at different times I did learn a bit about how to use a camera and film certain things during the course. I haven’t done a film course alone, and we’ll see if I can benefit from one in the future perhaps. But might be a bit too late for that.

Well, there’s nothing to worry about. You seem to know what you’re doing when making these documentaries, so it really doesn’t matter if you’re doing it well.

Exactly. I kind of self-taught myself how to use the camera.

I also noticed online that in you received a Jack Petchey Award and was awarded the Creative Apprentice of the Year in 2019. Can you tell us a bit about that?

I was very proud to be awarded that at the time. I got that award as it was a part of the apprenticeship that I did working for the Philharmonics Orchestra. I was the digital and education projects apprentice and gathered administrative support for both of those departments. I hope I can achieve more awards like that in the future when I get more content up and running.

Like me, you’ve become involved with the UK’s disability arts alliance. Would you say that the pandemic has had a major effect on your career? Has it led more or less work regarding filmmaking?

When the pandemic began, it was difficult. It’s still difficult for me now. It was because of the pandemic I was made redundant from my previous job. I’m looking for other working opportunities at the moment, but it’s so difficult because we’re still in a long lockdown. I’m not getting much filming opportunities because of it and am just trying to create my own personal projects in the meantime. I need to try and get them up and running until I get some freelance work going again. All in all, it’s been very difficult for me to be honest.

You mentioned you’re working on your own projects. Do you have ideas about new films you might make, or are there any plans you have?

I can’t really tell you my secrets! Well, all right – there are projects I want to get out soon. One of them is to create sort of a discussion show, where we’ll be talking about various topics; how people feel about all events happening recently.

And, once again, I want to set up a collaborative series. It would be good to get any disabled people who are interested in taking part in certain projects to talk about the arts they’re interested in. It’ll just involve making an announcement to others when the time is right.

Well, that sounds like a plan. Everybody is going to want to spend more time with others.

Yeah, exactly. We need to get things moving again.

Great. Well, video production is perhaps your main focus, but I think you said you have a passion with anything related to media. What other work aside from filmmaking have you been involved with?

Well, for quite some time I was interested in working for a video games company. I’ve had ideas for video games, and that’s one area I have a fair bit of knowledge in, or would get more involved with.

Well, I wish could play video games more often, but I tell myself there are always other tasks to take care of instead!

Trust me, I don’t work 24/7 – I just dedicate my time to other things. It’s more like it’s the rules set in my own religion…

Anyway, are there any film producers who have inspired you in the past? Are you a major fan of any particular disabled artists, or filmmakers in particular?

Yeah, there are. One of them I’d say is Stacey Dooley, who specialises in documentary films. She often goes to other countries to experience the lives of others, and what she does makes it clear what political issues are there. She’s somebody who’s inspired me because they’re always very informative, giving a great insight into what’s going on each country.

There was one documentary in particular that discussed all the issues that occurring in Japan. It was related to all their social issues, like how women are treated, how hard it is to find a job. Japan just interests me – I’d love to live there at some point.

Okay, well thanks for answers Revell. I’ve also got to ask you about any particular actions you have in mind to complete when this pandemic is all over. Regarding the things you’ll enjoy the most, what do you think you’ll be up to straight away?

Well, I’m actually just interested in travelling again. Heading to central London whenever I want, and getting to see my friends again. After being stuck inside for so long, the past few months have been very difficult for me. I look forward to seeing people in person, going to the cinema with them, and also going to concerts whenever I can.

The series of videos for #WeShallNotBeRemoved that have been produced by Revell are entitled Interactive Mobility and are available to view via the Revell Dixon YouTube channel. You’ve also got the of heading to Revell’s website that provides links to his collaborative material.